A Quick Look Back in Time


As the game continues to develop and mature I thought it would be fun to have a quick look back to some of the early developmental work. 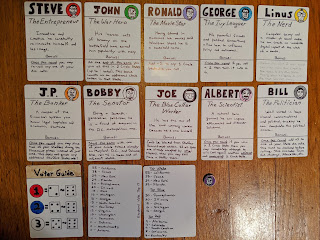 After buying a blank deck of cards online I broke out the magic markers and Sharpe! I had a cheapo set of markers and the colors started to bleed and smear when the cards touched each other. So my wife ran to the store and bought a nicer set.

It took many hours to draw out the lines and circles and fill in all of the details. Some details have already changed, but many have stayed the same. Each of the character color choices was based on the color of the Meeple pieces. 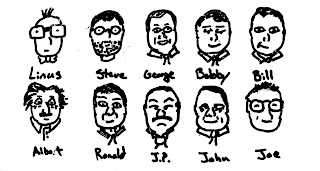 On a whiteboard, I quickly sketched out a bust of each character. Each character embodies a certain characteristic. My goal was to make the characters somewhat close to the original characters, but different enough to feel like my own.

All characters have a neck except Joe; I had no idea why... 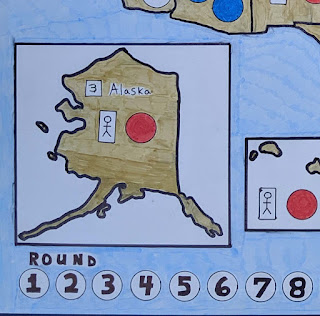 I ordered a blank game creator map and colored it in as well. Now it really started to feel like a real game was taking shape. The placeholders for the Meeples started as just stick figures.

Each state needed an Electoral Number, Meeple Position, Name, and Circle Spot (some with multiple). It was a real challenge to fit them all! I spent hours moving their positioning. Some states like Alaska were really easy. Some states like West Virginia were the hardest to get everything to fit.

Coloring in the water in rows with overlap made it look like waves in the ocean.