In order to submit a board game to Boston FIG an entry must be accompanied by an overview video. The video should be around 5-10 minutes long. It should cover an overview of the game, how the game is played. and get you interested to want to play it.

I don't own a copy of Adobe Premiere which is one of the gold standard video editing programs. While looking for free alternatives I found AVID. The download was around 2 Gigabytes in size! It took an impressive 5+ minutes just to unzip and extract. The install program files to finish successfully so I had to try again. After another 20 minutes, I got it installed. The program massively slowed down my i7 CPU / 16GB RAM laptop to the point of crawling. The interface is not something that you can jump right into. It took me quite a while (and a YouTube video) later to figure out how to do something simple like trim a clip in the timeline. After getting all the video added and timeline set I tried to export it as a video. I could not get it to export. The files that it was generating would not play in VLC or Windows Media Player. After over 2 hours of frustration, I uninstalled everything. 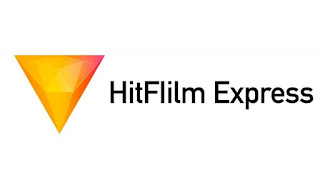 The next program on my list to try is HitFilm Express. The download was only 400 Megabytes, and it was really easy to obtain a free license. I was literally up and running within minutes. The interface was intuitive and must cleaner. It took only a couple minutes to figure out how to split (to trim), import into the project, and add transitions to the timeline. Exporting to a video was also a breeze and only took a few minutes to render. The output was already optimized for Youtube!

Now I need a camera to do the recording. The nicest camera that I have is an older Nikon D40 DSLR, but it cannot record video. The second nicest camera that I have is built-into my Android cell phone. I found this amazing app for Android phones called IP Webcam. It converters your phone into a video stream. It supports everything that you could want including support for RTSP, ONVIF, HTTP, HTTPS (it generates its own certificate), PCM or G711 encoding, and many others. The the low price of free you would be hard-pressed to find a better one. The paid version takes away the ads, but otherwise, this is the full version.

Here is the video entry that I will be submitting.
It took an entire night to create.