When board game designers invite others to play a developing game it is called Play-Testing. Ask any board game developer, and they will tell you that play-testing 'plays' a critical role in the design process. In fact, it is an inside joke that games needs play-testing, hard-work, other stuff, and did we mention play-testing?
A good play-testing can help with mechanics, replay ability, fun factor, balancing, and many other key ingredients to a successful game. Consider the following: How long will the game last on average? How many players is it best suited for? Which part(s) feel over powered? What part was the most fun? What is the main hook that keeps you coming back? Play-testing can answer all of these questions.
When I started play-testing other game developer's 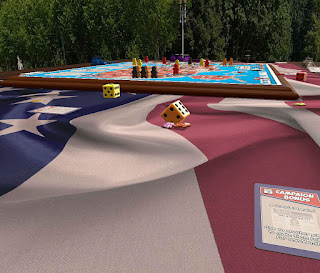 games I was a noob (newbie). I really did not have a great feel for role that I was 'playing', nor did I understand what kind of feedback would best help the game developer. Now that I have over 50 play-tests worth of experience I feel that I have a better idea what I can do to better assist the game developer.

In my opinion the play-tester's role is to assist the game developer and not to win the game. The point is to think critically about the game elements and feelings experienced throughout the game play. In fact one of the more important things that a play-tester can do it tell you what they felt! 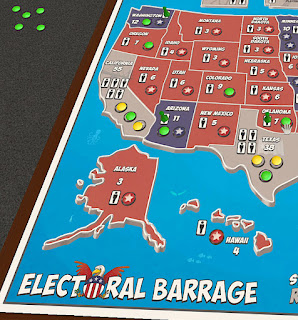 Here are some common examples of feedback from a novice play-tester:
I have been very thankful and blessed to have some really great play-testing role models and game developers to bounce ideas off. Here is some of the great feedback that play-testers shared with me about Electoral Barrage over the past 20 or so play-tests: 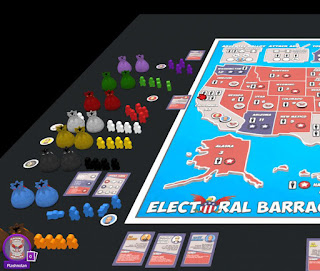 As a game developer receiving feedback I have learned:
Thanks so much to everyone that play-tested Electoral Barrage so far! I look forward to many more. I welcome anyone to play. Please do not feel scared off!