"Pave the foot paths" or so the saying goes.

of persistently correcting new players I decided to lean into what their actions were telling me. So began a complete redesign of the game board. The core mechanics would not really change much. The purpose of the Meeple areas are only to indicate a blocked action. The Victory Points (VP) are in the circular area. Time to combine them!

Red States did not change change as they all were all a 1:1 relationship of Meeple Area to Chit Area. Blue States underwent a more significant change. Many blue states were a 1:2 relationship of Meeple Area to Chit Area. Also, some Blue States were unaffected since they were already a 2:2 relationship. Grey States experienced the most interesting change. California went from three to five Chit Areas and Texas went from three to four. Now California is harder to win and Texas is much easier to tie. 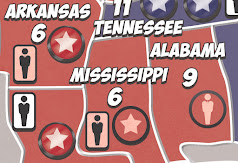 What should the new consolidated area look like? I tried several different shades and looks. I tried flat icons and 3D looking icons. I asked the opinions of other game and graphic designers in some online designer groups. I got as many opinions as there were people giving it. Without a clear consensus I had to just pick what I felt was best. The answer hit my while I was scrolling through my Facebook feed. I found an ad from Facebook reminding me to vote with a vote button. I based my design roughly off of it. If it is good enough for Facebook then it has to be good!

Here is the full map before the new consolidation changes. Notice how busy the map looks: 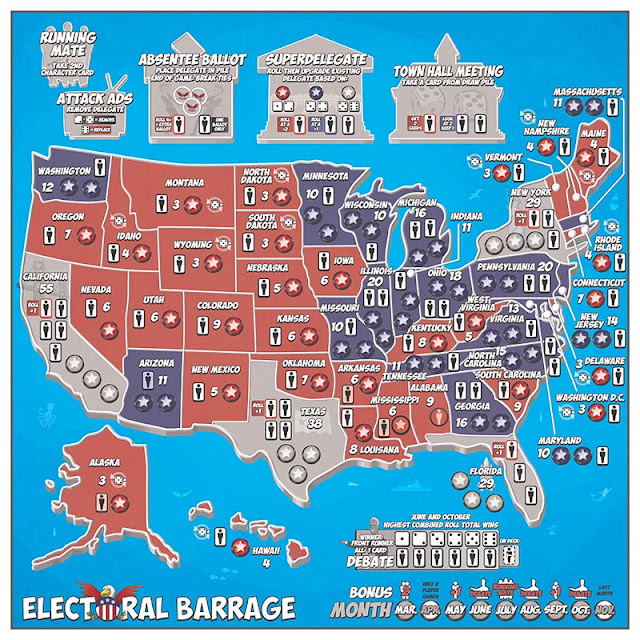 Here is the full map after the new consolidation changes. Notice how many areas are removed as they are now consolidated. 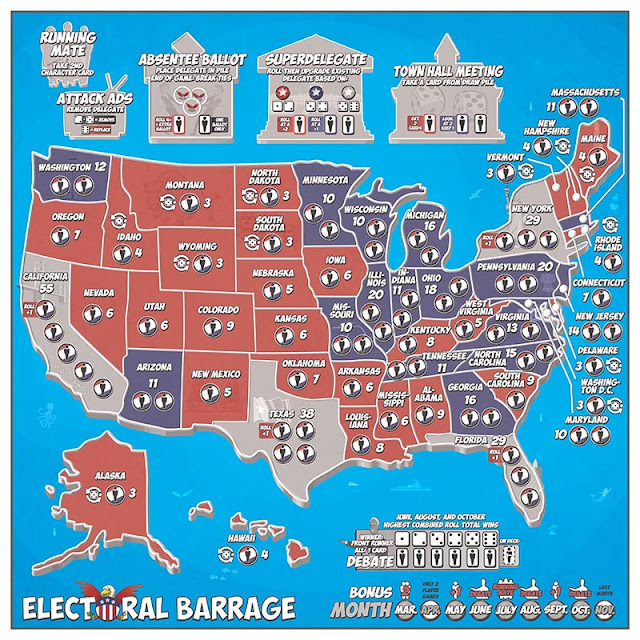 The new changes are already play-tested tested and well received! Thanks for reading and your interest in Electoral Barrage!